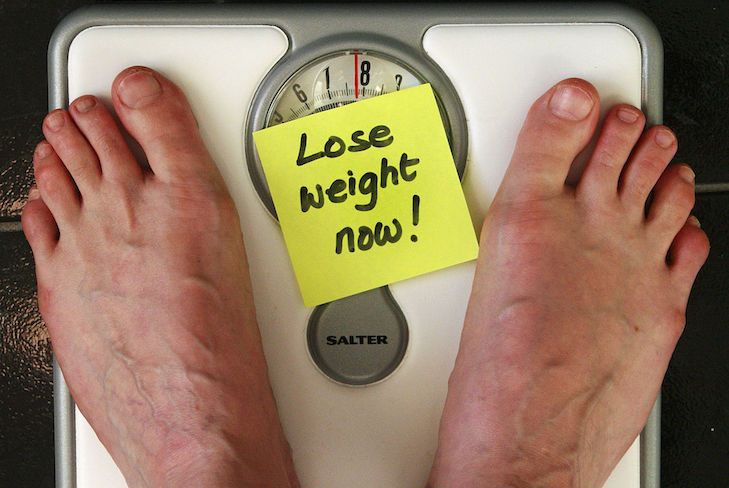 Many people try to lose weight, but very few succeed in keeping it off – even those who were on The Biggest Loser. In this post, Amanda Fehlbaum reveals that America’s obsession with weight has more to do with how fatness is framed in our public discourse than improving people’s health.

The United States is engaged in a national public health campaign to eat healthy and get more active in order to combat fatness. The dominant message from the government, media, and public health is that the country is in the midst of an obesity epidemic that puts not only the wellness of citizens, but the safety and finances of the nation at risk. As a result, Americans have become focused on fat, its meanings, its morality, and what we can do to rid ourselves of it.

One indication of our society’s obsession with fat is the television programs dedicated to weight loss. First, there are plenty of infomercials for diets and exercise programs that promise new, fun ways of burning fat. Then, there are commercials throughout the day in which a celebrity spokesperson invites viewers to join them in their easy, simple weight loss program. Last, there are the television shows about weight loss, such as My 600 lb Life, Fit to Fat to Fit, Extreme Weight Loss, and My Diet is Better Than Yours.

Can there be a ‘Biggest Loser’?

The longest running weight loss-related television show is The Biggest Loser. The show is a contest in which the person who loses the greatest percentage of their starting weight wins a cash prize. The Biggest Loser completed its 17th season in February 2016 and the show consistently ranks in the top 10 of the U.S. Nielsen ratings. The contestants engage in intense dieting and exercise over the course of a few months. The winners tend to lose close to, if not over, half of their original body weight over the course of 7 months.

The Biggest Loser was in the news recently because of a study that followed 14 of the 16 contestants from the 8th season over the past six years. Researchers were shocked to find that the contestants’ metabolism had significantly slowed and were, in essence, trying to get the contestants back to their original weight. Scientists already knew that engaging in any sort of deliberate weight loss will result in a slower metabolism after the diet ends. What they did not know was that metabolism does not bounce back, even years later. Furthermore, the contestants also had below normal levels of leptin, a hormone that controls hunger. Weight crept back on to the contestants and some are heavier today than they were before starting The Biggest Loser. For example, the season 8 winner has gained over 100 pounds back of the 239 he lost.

On the show, the contestants are sequestered on a ranch where they exercised at least seven hours a day and consumed fewer calories. The resident physician for The Biggest Loser, Robert Huizenga, told The New York Times that he encourages the contestants to continue to work out and eat healthy after leaving the show, but he noted, “Unfortunately, many contestants are unable to find or afford adequate ongoing support with exercise doctors, psychologists, sleep specialists, and trainers – and that’s something we all need to work hard to change.” Only one of the 14 contestants in the study kept their low weight from The Biggest Loser, though many kept enough of weight off to improve other measurements of health.

So, if most people fail at losing weight and keeping it off, why are we still obsessed with fatness and weight loss?

In her book What’s Wrong With Fat? sociologist Abigail Saguy argues that the way that fatness is framed matters. Our concern about fatness today is less about self-control than it is about “health.” That is, excess weight has been medicalized and is often portrayed as a disease. The Biggest Loser tends to embrace such a medical frame. Saguy recounts an episode from the show in which Dr. Huizenga compares the contestant’s fatness to cancer and, as such, requires equally aggressive treatment. She writes, “He explains to a 21-year-old male contestant that his inner age is 44 and tells another contestant that his death is imminent, as his young-adult daughter sheds tears at his side. ‘This is about saving their lives,’ he says” (43). Such comparisons to other diseases are often made by those who ascribe to the medical frame despite the low success rate of sustained weight loss.

Framing fatness as a matter of health has become naturalized to the point that people do not realize that it is one of many ways of looking at fat. Claims about fatness and weight-related health risks have been promoted and accepted as truth, even though, as the study on the contestants showed, there is still much uncertainty and much unknown about weight loss. But, as Saguy points out, there are many stakeholders (e.g. researchers, doctors, public health authorities, obesity organizations and pharmaceutical companies) that are interested in framing fat as a medical problem and a public health issue. These social institutions define being over weight as a social problem and prescribe solutions for addressing it. Media reports about obesity and even shows like The Biggest Loser perpetuate not only the idea that fatness is a significant medical concern, but that if someone works hard enough, they can either lose weight or avoid becoming fat. As anthropologist Susan Greenhalgh explains, discourse about fat “identifies the fat targets to be normalized and instructs them to follow diet, exercise, and other regimens to reach a normal weight and become biologically normal subjects or persons” (27).

Ultimately, until bioscience develops a safe and reliable cure for fatness or fatness is framed in a different way, it is likely that Americans will remain focused on losing weight and trying to keep it off.