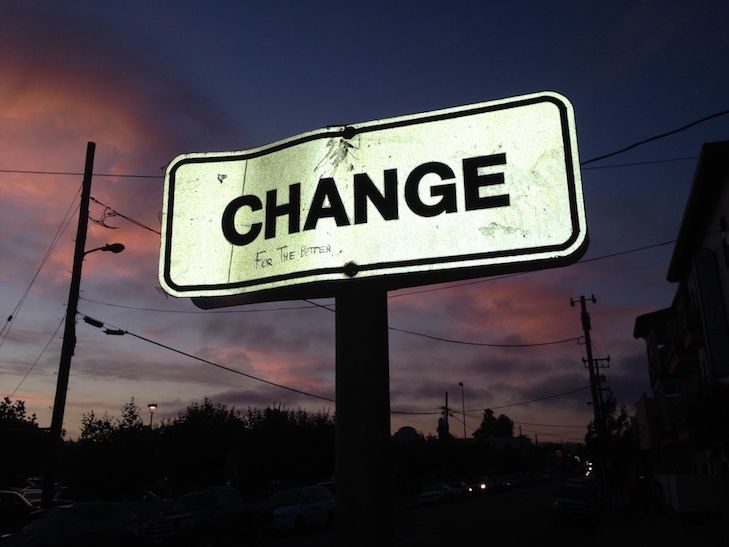 In this piece, Nathan Palmer acknowledges that sociology disproportionately focuses on society’s problems and offers some suggestions for how students can create social change on these issues through community based social-marketing.

It’s getting near the end of the semester for many of us and this is the time that many sociology 101 students ask, “Sociology is great at pointing out the problems in society, but what the heck am I supposed to do about any of them?” While I agree that sociologists spend more of their time trying to understand the structural and cultural roots of social problems, sociologists also study how to create social change.

Dr. Jeni Cross, from Colorado State University, for instance, studies and teaches classes on applied social change. As she makes clear in the TED talk below, many of us fundamentally misunderstand how to change people’s behavior. In her talk, Dr. Cross identifies three myths about social change that are commonly believed.

Public service announcements (PSAs) are perhaps the quintessential information based campaign. These are the ads you’ve almost certainly seen online, on TV, or heard on the radio that tell us things that most of us already know. Think of all the commercials telling us that smoking is bad for your health, texting while driving is dangerous, or reminding that buckling up saves lives. Despite airing these PSAs for years, people still smoke and drive dangerously. PSAs and other information based campaigns don’t work because a lack of information usually isn’t the problem.

An Alternative Approach: Community Based Social-Marketing

Community Based Social-Marketing, as defined by McKnezie-Mohr (1999), is an approach to creating social change that starts by addressing the barriers that make it hard for people to change their behavior. For instance, is the change you’re trying to promote inconvenient for people? Are people aware that the issue is a problem and if so, are they motivated to do anything about it? These are some common barriers that social change campaigns have to overcome.

One of the most powerful ways to change people’s behavior is to leverage social norms. As Caialdini (2001; 2003) has shown, people feel immense pressure to conform to the expectations of their community. “A major goal of conformity, gaining social approval, is achieved through a very conscious and deliberate attempt by individuals to build rewarding relationships, obtain approval, and thereby enhance individual self-esteem” (Aronoff et al. 2013:13). Thus, if your social-marketing campaign can get a community to change their social norms, then people within that community will feel social pressure to change their behavior.

Broadly speaking there are two ways social norms affect our individual actions. Normative behavior describes, as its name would indicate, social norms that emerge from the behaviors we see people normally engaging in day-to-day. Injunctive norms are those that tell us which behaviors are socially approved of and which are not. For instance, as  I wrote about last week , when I was a child, wearing sweatpants outside your home was uncouth. Or put another way, there was an injunctive norm against wearing sweatpants in public. However, as more and more people violated this social norm, it became commonplace to see people wearing sweatpants and other activewear around town. Today, if you feel pressure (or simply encouragement) from those around you to don your activewear everywhere you go, then that is a good example of conformity to normative behavior.

Far too many social change efforts focus on raising awareness (i.e. educating the public about the issue). Before you set out to create social change ask yourself, “is a lack of awareness really the major barrier preventing people from changing their behavior?” Most often you’ll find the answer is no.

So instead of trying to change people’s minds, focus instead on changing the social norms in their community. When people see others around them engaging in your target behavior, they will likely feel social pressure to join in.

Did you know that when Black Lives Matter activist Bree Newsome climbed up the South Carolina capitol to remove the confederate flag, a whit…