Breast cancer is arguably the most talked about disease in the United States and yet every years students across the country carry out campaigns to raise awareness of the disease. In this post Nathan Palmer asks us to think about these campaigns from a social movement and social change perspective and ask ourselves what actions can we take to create the largest impact in our communities? 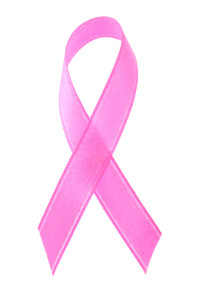 Wait. You’re not ready to read this yet. You and I have to have a little talk first. Before you waltz into the rest of this post, let me say right here right now, I am not trying to shame anyone or discourage anyone from trying to make the world a better place. It’s always better to do something than it is to do nothing.

You care about things (that’s why I like you). I’ve rarely met a student who wasn’t passionate about some issue or cause. Many of my students of mine are deeply concerned about issues like human trafficking, child abuse prevention, intimate partner violence, immigration reform- I could go on. As a sociologist it “fills my bucket”, as my 6 year old daughter would say, to be surrounded by enthusiastic and driven social change agents. But more than any other issue breast cancer awareness gets my students to take action like no other issue. We’re going to tackle the issues surrounding breast cancer awareness campaigns from three angles, but first let’s talk about your time, attention, and money.

The Finite Nature of Time, Attention, and Money

You are going to die. You only have so many hours left on this earth (as your Tikker watch could tell you). While we’re discussing depressing things, it’s also true that your bank account only has so much money in it. I bring up all of this sobering information to make the point that each of us has a set finite amount of time, attention, and money. All three of these things are precious and irreplaceable. Let’s keep this in mind while we talk about your philanthropy (i.e. the causes you donate to, the charity runs you participate in, the food drive you contribute to, etc.).

Not all social activism is created equal. That is, not every investment of your time, attention, and money create the same level of change. Put simply, some activism gives you more “bang for your buck”. If you care deeply about any issue, then you should ruthlessly be trying to maximize the amount of change created by every investment of your time, attention, and money. Once we acknowledge the finiteness of the resources we have for activism, it starts to cast a whole new light on many of the popular breast cancer awareness campaigns.

The Limits of Raising Awareness

There was time when women were shamed into silence for having breast cancer. It just wasn’t something a civilized person discussed in polite conversation. Under circumstances like these, an awareness raising campaign is just what the doctor ordered. Educating the public about the prevalence of breast cancer, the need for women to get regular mammograms, and the need for support/resources for breast cancer research makes sense in a climate of silence.

But let me ask you a serious question; are there any two things in this country today that we are more aware of than breasts and cancer? When almost every city in America hosts a “Making Strides Against Breast Cancer” walk, when an entire month is dedicated to breast cancer, and when NFL teams wear pink jerseys how can you argue that what the breast cancer movement needs is more awareness?

Obviously awareness is a perquisite for action. That is, if people aren’t aware of a problem, they won’t take action against it. But should awareness be our end goal? Why stop there? Imagine how much greater the impact would be if in addition to being aware of the problem, people took action (e.g. raised money, pressured their congressional representatives to increase federal funding for research, etc.)

The Limits of Consumer Solutions

Today you can buy a pink version of almost anything. From Kitchen Aid mixers to Ford Mustangs to Lip Balm to well, darn near everything. This is what’s known as “cause marketing”. The idea is, if you care about breast cancer and a company brands their product with breast cancer awareness pink, then maybe you’ll care about the product like you care about fighting the disease. Groups like “Think Before You Pink” have been really critical of this type of marketing; referring to it as “pinkwashing”.

One of the most successful examples of cause marketing breast cancer awareness is the Yoplait yogurt lid campaign. It works like this: you eat Yoplait yogurt, you send in your pink lid, and Yoplait makes a 10 cent donation to Susan G. Komen foundation. As pointed out in the film Pink Ribbons Inc, if you ate 3 yogurts a day for the entire campaign, that would mean your gobbling down a total of 360 yogurts in three months time. For all that the Komen foundation would get around $36 and you’d pay around $320 for all those yogurts. The point is, wouldn’t it create a bigger impact with your money if you simply donated the money you would have spent on yogurt directly to the charity of your choice?

Or think about all of those t-shirts people wear with their catchy sexualized slogans like “Save the Tatas” or “Save a Life Grope Your Wife”. Shirts like this might help raise awareness, but we have to ask, which would create a bigger impact, wearing a t-shirt to raise awareness or donating your t-shirt money directly to the foundation?

One thing I know for sure is, the people who participate in breast cancer awareness campaigns sincerely care about the issue and they want to help women and men with breast cancer. I don’t doubt that for a second. However, when we think deeply about the impact our investments of time, energy, and money create it’s clear that some forms of action do not create as great of an impact as others.