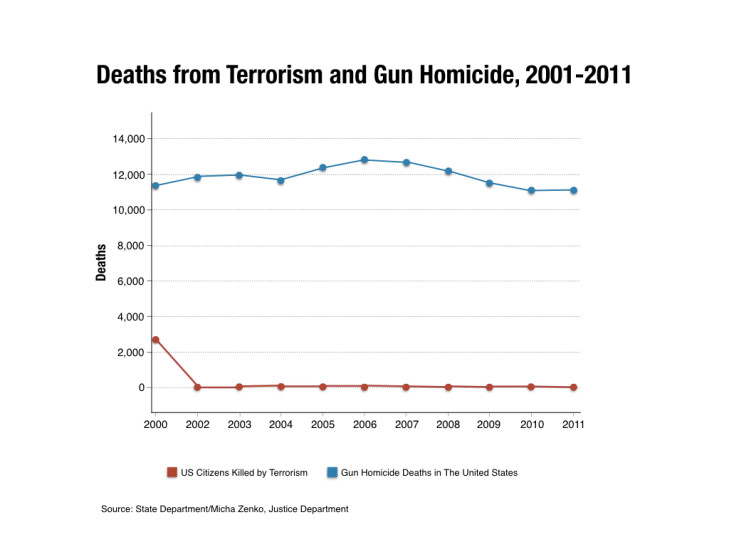 Why Can’t We All Agree Gun Violence is a Social Problem?

In this post Nathan Palmer answers President Obama’s call to compare the number of deaths in the U.S. by guns to those by terrorism before explaining why this objective comparison will likely not affect how people view gun violence as a social problem.

On October 1st a 26 year old man opened fire in a Umpqua Community College classroom killing a professor and eight students and injuring at least nine more students. When President Obama addressed the nation later that day he sent his condolences to the victim’s families and said the entire nation would send their thoughts and prayers to all those impacted by the tragedy. Having addressed the nation after a mass shooting fifteen times during his administration, the President was clearly frustrated and disheartened. He said, “our thoughts and prayers are not enough,” and challenged voters to demand changes to gun regulations.

To illustrate how pervasive gun violence is and how meager our social response to it is relative to other threats Obama challenged reporters, “tally up the number of Americans who have been killed in terrorist attacks in last decade and the number of Americans who’ve been killed by gun violence. And post those side by side on your news reports.” The chart at the top of this post does just this[1].

Given that we have fought the longest war in U.S. history, lost thousands of U.S. service men and women, and spent billions of dollars to fight terrorism, our relative lack of effort to end gun violence is all the more perplexing. How can we make sense of this inequality? Why would we sacrifice so much to address something that will harm relatively few Americans, but sacrifice almost nothing to address an issue that killed more than 11,000 people each year from 2001 to 2011?

What Makes Something a Social Problem?

Gun Violence as a Social Problem

President Obama was making an objective argument when he asked reporters to compare gun violence to terrorism. It is objectively true that far more people in the United States have been killed by guns than have been killed by terrorists. However, terrorism is widely viewed as a social problem while gun regulations are not. The same social condition (i.e. violent death) is used as the basis for viewing terrorism as a social problem, but that same social condition has not yet inspired people to view gun regulations as a social problem even though guns account for far more violent deaths in America than terrorism.

Furthermore, even amongst those who view gun violence as a social problem, the reasons they feel it is a social problem can vary or even be contradictory. For instance, after 20 school children were murdered by a gunman in Sandyhook Connecticut President Obama called for stricter regulation of gun sales and purchases. Wayne LaPierre, the president of the National Rifle Association, also thought gun violence was a social problem, but argued that the problem was there weren’t more armed adults in schools.