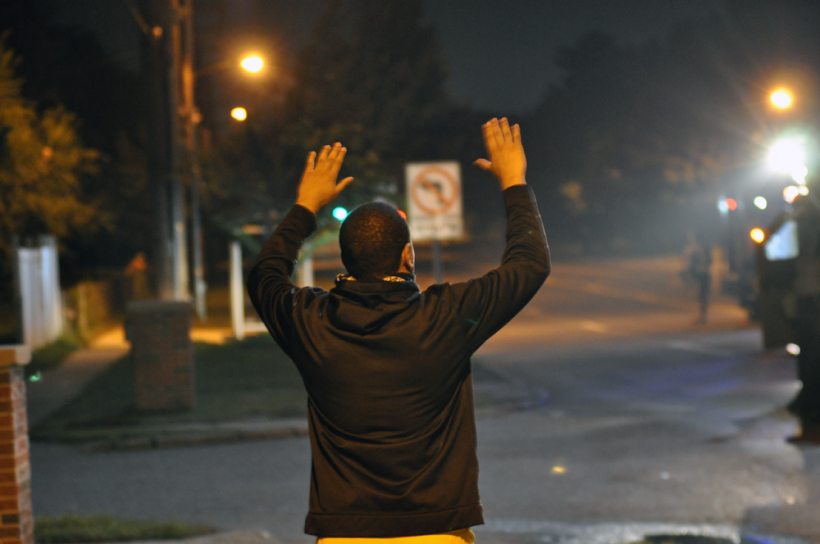 You Need Sociology to Understand Ferguson

Students often wonder why sociology 101 is a required course. In this piece, Nathan Palmer argues that without sociology we cannot fully understand events like the tragic killing of Mike Brown by officer Darren Wilson.

Over the next few weeks thousands of students across the country will start a sociology 101 class. Most will not be sociology majors and many will walk into class wondering, “why on earth am I required to take this class?” The answer is, at least in part, so you can understand the world around you instead of merely making sense of it.

All of us make sense of the world around us, but that doesn’t mean that we understand why people behave the way they do or why things happen day-to-day. To fully understand the people and events in our lives, we must use science and develop a sociological imagination. That is, we have to develop the ability to see how individuals are influenced by the rest of society. We also have to consider how what is happening today is the result of what has happened in the past. In the abstract, the sociological imagination can be hard to understand. However, it can be easier to understand when applied to a single situation.

One year ago yesterday Mike Brown, an unarmed African American teenager, was shot and killed by Darren Wilson, a white police officer, in Ferguson Missouri. Without a sociological imagination we are forced to make sense of Brown’s tragic death by only considering the individual actions of the two men involved. However with a sociological imagination, we can see how both Brown and Wilson were a part of a much larger social system and the killing was not an isolated event, but a part of a much longer timeline. Simply put, to understand Brown’s killing we have to consider the social and historical contexts that surrounded it.

After WWII the United States economy boomed because most of the rest of the world was rebuilding their war torn countries. During the boom economic inequality in the U.S. decreased and federal polices and programs helped many families escape poverty. The middle class that our politicians so often talk about today was created during this period. However, people of color and specifically African Americans were excluded from these important federal programs. As a result of this and many other forms of racial discrimination, people of color are disproportionately likely to be poor today.

The Expanding Role of Police in Society

Around the same time that economic inequality began to rise, voters began electing officials that promised to shrink the size of government both by cutting the budgets for federal programs and by using private companies to do the work that government agencies had previously taken care of. As a result there are less available public resources for people living in poverty, the mentally ill, the homeless, and those struggling with drug addictions. In the absence of government services, communities have relied on the police to address these social issues. As journalist Ta-Nehisi Coates puts it:

In many poor communities across the country, a police officer is the most frequently seen government representative. Police are not trained as social workers so it is not surprising that our prison population has risen steadily over the last 40 years. As of 2013, the U.S. was the world leader in incarceration with 6.9 million Americans locked up and 1 in 35 adults under some form of correctional supervision.

The War on Drugs

But let’s be clear. The policing of drug use, more than any other social issue, has created our modern mass incarceration problem. Currently 48.6% of prisoners are serving sentences connected to drug offenses and most of these are non-violent drug users. These are not drug kingpins; for example in 2005 four out of five drug arrests are for drug users not dealers (Alexander 2010). Furthermore, research suggests that drug use is roughly similar across racial-ethnic groups, but poor drug users of color are far more likely to be imprisoned for it (Alexander 2010).

Throughout the 1980s and 1990s at the beginning of the modern “War on Drugs” the federal government overhauled drug laws to severely punish offenders and incentivize police departments to grow the number of drug arrests. Since 1988 the Edward Byrne Memorial State and Local Law Enforcement Assistance Program has offered large cash grants to police departments to support specialized drug units. In addition, civil forfeiture laws were established to allow police to seize and keep any money or personal property from people who were suspected of being involved with illegal drugs. These “finders keepers” laws do not require that a person be charged with a drug crime and in fact, a person could be cleared of any criminal wrong doing and still not be able to get their valuables back (Alexander 2012: 78). These are just a few of the many policy changes that altered our social systems and laid the groundwork for modern mass incarceration.

The Expanding Use of Violence by Police

In addition to incentivizing drug enforcement, the War on Drugs also militarized police departments across the country. Bryne grants and other federal dollars were made available to fund and train Special Weapons and Tactics units or SWAT teams. In addition military weapons, gear, and vehicles (even tanks) were to given to local police departments (Kraska 2007). While counter terrorism and hostage situations are often the stated purpose for SWAT teams, in fact SWAT teams are primarily used to serve drug warrants (Alexander 2010). An ACLU report suggests that, based on the available evidence, drugs are found during these raids only 35% of the time. More broadly, in most departments far more money is spent on militarized training for police officers than is spent on non-violent interventions like verbal de-escalation techniques (Balko 2014).

Taken all together these social changes mean that many of today’s poor and specifically poor people of color are interacting more frequently with the police and these violent interactions have severe consequences.

A Sociological Look at The Killing of Mike Brown

The killing of Mike Brown by Officer Darren Wilson cannot be understood as an isolated act between two men. Both men were a part of much larger systems. In addition to the national context we’ve already discussed, we must also consider the local context in Ferguson, Missouri.

The community that Mike Brown lived in was highly segregated and impoverished. In 2012 1 in 4 residents of Ferguson were below the poverty line. Unemployment is well above the national average and at the time of Mr. Brown’s death, 47% of 16-24 year old African American men were unemployed.

An investigation by the U.S. Department of Justice found that the police force that Darren Wilson worked for was racially biased and created disproportionate harm to African Americans in the community. U.S. Attorney General Eric Holder also said that, “Our investigation showed that Ferguson police officers routinely violated the fourth amendment in stopping people without reasonable suspicion, arresting them without probable cause, and using unreasonable force against them.” The report finds that African Americans represent 67% of the population of Ferguson, but 85% of vehicle stops, 93% of arrests, 88% of those who the police used force against, 92% of cases with warrants, and 95% of those jailed more than two days. Furthermore, 90% of police officers in Ferguson were white at the time of Mr. Brown’s death, despite representing only 33% of the community.

Holder described Ferguson as a community where, “local authorities consistently approached law enforcement not as a means for protecting public safety, but as a way to generate revenue.” Internal documents showed that the police and city managers budgeted for large increases in municipal violations (i.e. tickets and fines for minor offenses) and then put pressure on officers and court officials to meet those goals. Fines for municipal violations were shown to far exceed national averages (e.g. residents were fined $531 for having tall grass in their yards). In 2011, when the Ferguson chief of police emailed the city manager to report that the money collected from municipal violations was $17,000 greater than their best month ever, the city manger responded, “wonderful!”

Sociology is a required class because you cannot truly understand the events happening around you without understanding the social and historical contexts that surround them. The way that our society is structured influenced and informed both Officer Wilson and Mr. Brown’s actions. Like dominos falling, the events of August 9th, 2014 were influenced by previous actions. To have a deep understanding of Mr. Brown’s death, or any other turning point, you have to see the individual within society and the present as connected to the past- you need a sociological imagination.

In this piece, Nathan Palmer tells us how TRIO programs changed the course of his life and asks us to think about how systematic inequalitie…

A Sociologist Visits an Art Museum: Race, Art, and Selfies

When a sociologist visits an art museum, what do they see? In this instance, Stephanie Medley-Rath connects the racial composition of the pl…