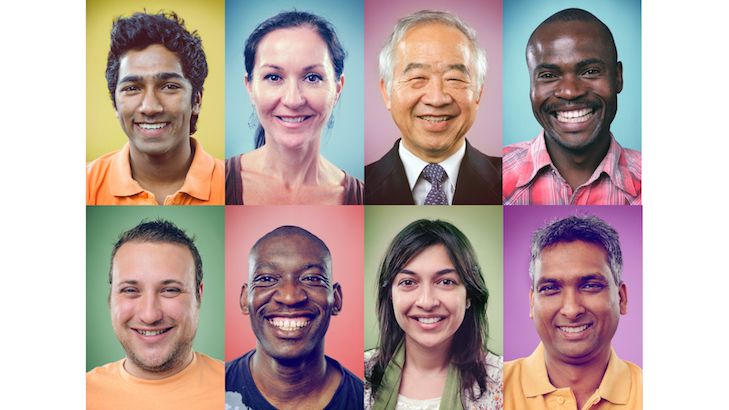 Is Racial Identity Based in Biology or Society?

In this piece, Justin Allen Berg discusses how many people consider racial identity to be a biological given, even though it is actually based in societal perceptions of group differences.

“What color am I?” my six-year old son asked me last winter. I responded, “Most people would call us white. So, I guess we’re white.” Confused, he stared at the snow outside and then down at his arm. “I don’t think you’re right, Daddy.” He raised his arm to the window so that I could see the color difference.

For months, he had played with several boys from different racial backgrounds and, like many people, was trying to figure out his place among them by focusing on skin color.

The History of Racial Categories in the U.S.

There has been a long history in the U.S. of equating racial identity with biological characteristics. The term race implies that there are different categories of people, typically separated by physical traits. During the 19th Century, it was common for Americans to separate people into different racial categories based on perceived genetic and phenotypical similarities. Some U.S. states enacted laws to classify people by race to divide up social and economic resources, leading to labels such as mulatto and quadroon. Eventually in the 20th Century, the one-drop rule emerged, which considered a person to be black if the person had any African ancestry; in other words, a single drop of “black blood” and you were considered Black. Such legal classifications were repealed in the latter half of the 20th Century, yet the notion that racial identity is genetically-based persists with the general public today.

Racial Categories Have No Biological Basis

Social and biological scientists, however, argue that racial classification is not founded on genetic differences. As Svante Paabo, a biologist with the Max Planck Institute of Evolutionary Anthropology, put it, “What the study of complete genomes from different parts of the world has shown is that even between Africa and Europe, for example, there is not a single absolute genetic difference, meaning no single variant where all Africans have one variant and all Europeans another one.”

If this sounds confusing, then let’s compare racial categories to biological sex categories. We can use a chromosomes as a biological marker to dived males (xy chromosomes) from females (xx chromosomes); thus males and females are biologically distinct groups.[1] In terms of racial identity, scientists find no parallel genetic distinction that separates racial groups. The reason is because people from different racial groups are all members of the same species—Homo sapiens. Put bluntly, there are no sub-species within the human race.

Race is So Much More Than Skin Color

For example, not all but many thousands of white Latinos, Native Americans, African Americans, Asians, Arabs, and multiracial people have the same skin color—a light brown color, if registered on a color wheel. Consequently, if they used biology as the basis for their racial identity, they’d all be in the same racial category. Yet, since they self-identify into separate ethnoracial groups, and are categorized differently by others, regardless of having the same skin color, society rather than biology is revealed as the major factor in determining racial identity.

Even as a Social Construction, Race is Real

Additionally, different social groups see skin color differently. What a Puerto Rican or Brazilian calls white may be labeled brown by many people in the U.S., or, what an American today considers to be white, such as many Jews, Italians, and Irish, would have been called non-white in the early 1900s, all indicating that racial identity is a dynamic social concept that changes over time and is judged differently by various sociocultural groups. For instance, the U.S. Census has changed its number of racial categories, and the names for the racial categories, numerous times over the last 200 years, and currently Brazil has far more racial-ethnic categories than the relatively few that we have in the U.S.

These social realities are represented in the term Race Concept, which Morning (2016: 246) defines as, “A culture’s beliefs about race, including their notions of which groups are races and who belongs to which race.” Scientists consequently consider race to be a group’s perceptions of biological similarities and any associated characteristics they attach to their socially defined racial categories rather than a reflection of objective biological distinctions.

Even though our social categories of race do not fit well onto the continuum of human genetic diversity, race as a social concept remains very important. The Thomas Theorem can help us understand how race can be socially real and biologically false at the same time. The Thomas Theorem contends that “situations defined as real are real in their consequences.” If we believe that there are different racial-ethnic groups and treat people differently based on this idea, then racial-ethnic groups become real in their social consequences. Thus, our notions of racial differences are powerfully linked to different cultural histories, socioeconomic inequality, and social-psychological well-being.